Share
Facebook
Twitter
WhatsApp
Linkedin
Email
Print
Tumblr
Telegram
North Korean dictator Kim Jong-un is once again on his death bed … that is, if you buy what some South Korean officials are saying about his mysterious health status.
Chang Song-min — a former aide to the late S. Korean President Kim Dae-jung — recently told South Korean media that, based on intel he’d received, he assessed ol’ Kim to be in a coma, but not entirely deceased quite yet.
He went on to say, “A complete succession structure has not been formed, so Kim Yo-jong is being brought to the fore as the vacuum cannot be maintained for a prolonged period.”
There might be something to this, because N. Korea’s own National Intelligence Service said that although Kim would still “exert absolute power,” he would gradually begin to transfer authority to his younger sister, Kim Yo-jong, to “ease stress.” So … something’s up. 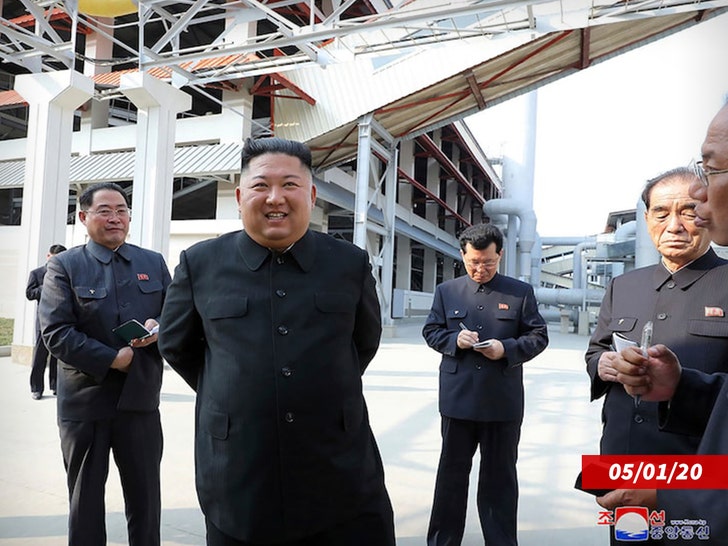 Frankly, we don’t know what to believe when it comes to reports about KJU, ’cause one minute the guy’s said to be six feet under after a botched heart surgery, and the next … he’s walking around in the flesh, making limited public appearances and looking sorta healthy.
Of course, there’s been tons of theories — including debunked body double takes — but one that seems to be sticking now is that Kim might very well be on his way out the door. What’s bizarre about this latest development is that Kim was reported to have been in a meeting, in-person, just as recently as this past week, and we saw photos of him in late July.
Also, he supposedly ordered the execution of some N. Korean officials pretty recently too. So … what the hell does he have that could’ve knocked him on his ass (again?) so quickly???
Stay tuned …