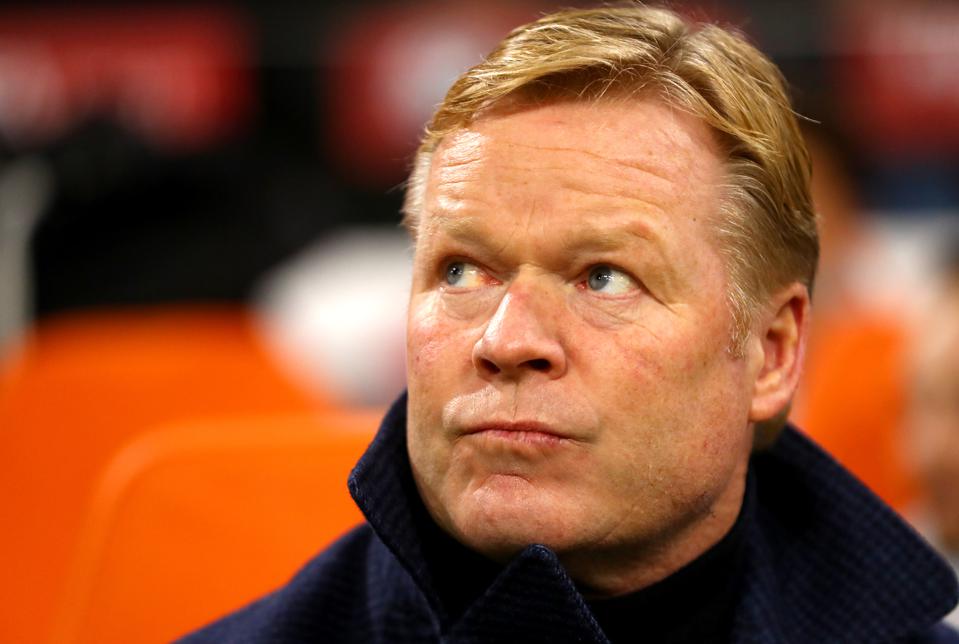 Ronald Koeman has been appointed Barcelona manager on a two-year deal.

The 57-year-old Dutchman replaces Quique Setien, who was sacked following Barca’s humiliating 8-2 defeat to Bayern Munich in the quarter-finals of the Champions League.

Koeman, who spent six years as a player at Barcelona and was a member of Johan Cruff’s legendary ‘Dream Team’, leaves his role as manager of the Netherlands, which he had held since 2018.

He won four La Liga titles and scored the winning goal in the 1992 European Cup final during his playing days at the Nou Camp, and was the preferred candidate of president Josep Maria Bartomeu.

Setien was only appointed in January but left after overseeing Barca’s first season without a trophy since 2007/08.

Other contenders to replace Setien included Mauricio Pochettino, who was the preferred candidate of director Ramon Planes.

However, there was understood to be resistance towards the former Tottenham manager because of his links with Barca’s city rivals, Espanyol, where he was both a player and a manager.

Other board members were keen on Xavi, who is currently in charge of Al Sadd in Qatar.

The club announced the appointment on their official twitter handle.

TICTAC – I STILL WANT TO BE A LAWYER

A PLUS : Kennedy Agyapong spoke to me

Concerned Lawyers Of The Volta Region Support Regional House Of Chiefs’ Call On The...