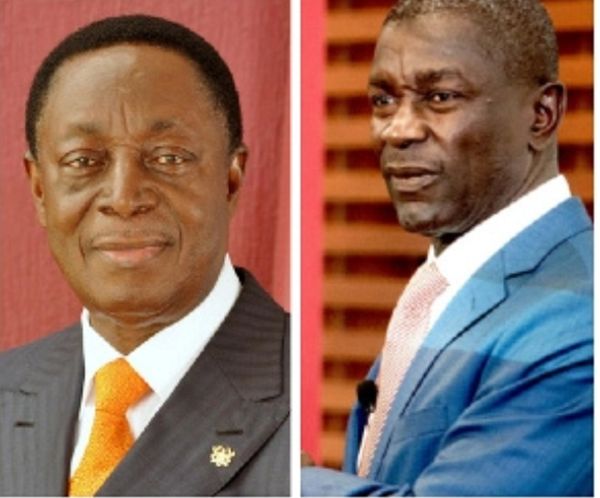 A seven-member Parliamentary committee is to be set up to probe the collapse of uniBank and UT Bank in 2018.

It follows a petition by the former Chief Executive Officer of the UT Bank and the founder of uniBank Ghana Limited over the revocation of the licenses of the two banks by the Bank of Ghana in 2018.

The Speaker of Parliament, Mr Alban S. K. Bagbin want the committee to submit a report to the House in the form of a motion for the entire House to debate the petition.

“If at the end of the day, we get the sense that there is a matter pending we will be guided by the content of speeches that members will make on the floor and that is the time that we can apply Order 93,” he stated.

Addressing Parliament Tuesday, Mr Bagbin said “The decision of the House is what the Speaker will go by; I am not a member of Parliament and do not participate in decisions. I am to guide the proceedings of the House and make sure there is law and order.”

The Speaker’s proposal came after the National Democratic Congress (NDC) Member of Parliament for Bawku Central, Mr Mahama Ayariga, had tabled the petition by Mr Prince Kofi Amoabeng of UT Bank and Dr Kwabena Duffuor in the House Tuesday.

What are the petitions seeking?

Per the petition, the two are appealing to Parliament to investigate the conduct of the Bank of Ghana (BoG) for the revocation of the licenses of the bank in 2018.

They claim that the central bank revoked the licenses of the two banks without due regard to the rules of Administrative Justice guaranteed under Article 23 of the 1992 Constitution.

They therefore want Parliament to direct the restoration of the banking licenses by the BoG and the remedying of the harms done the shareholders’ property rights as a result of the conduct of the central bank as well as give any other directive the House may deem appropriate.

Mr Amoabeng also wants Parliament to investigate the conduct of the Ghana Stock Exchange for delisting the bank without regard to the rules of Administrative Justice guaranteed under Article 23 of the Constitution.

In the case of Dr Duffour, he wants Parliament to also investigate the conduct of the BoG in the takeover, appointment of an official administrator of uniBank Ghana Limited and the circumstances surrounding the revocation of the banking license of the bank.

He also wants Parliament to give other directives that Parliament may deem appropriate, according to the petition.

BE REASONABLE ENOUGH TO APPLY THE LAW. BRIGHT BOTCHWAY writes.

BE REASONABLE ENOUGH TO APPLY THE LAW. BRIGHT BOTCHWAY writes.