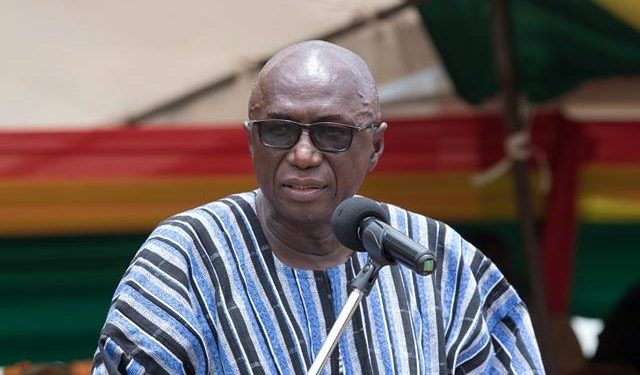 Minister Interior Ambrose Derry has quizzed the logic for

He said the government may consider regularizing if all necessary legal frameworks are done and it is found that the operations of the riders contribute to the public good.

He said, the manner in which okada riders currently operate in the country is not the best.

Although not opposed to the idea, Mr. Dery believes any action to legalize the commercial use of motorbikes must take compliance with traffic rules seriously.

“John Mahama was president before and okada was with us. He didn’t do anything about it. Okada riders are not above the law. We have traffic lights but when others stop, they pass. So we need to allow them to operate, but if we do, they have to operate within the law. Currently, we are not legalizing it. Okada should be harmonized and as far as possible, if the law permits them to operate effectively and contribute to the general good, we will consider it,” he said.

His comments come on the back of a promise by former President John Mahama that he will regularize Okada operations should he be reelected to the high office of president.

Mr Mahama in an address to chiefs and people of Kpando in the Volta Region as part of his tour of the region said he recognizes the benefits of the ‘okada’ business to the many families that depend on it, hence his promise.

Currently, the use of motorbikes and tricycles for commercial purposes in any form is against Ghana’s Road Traffic Regulations 2012 (L.I 2180).

It is only Armed Robbers that take anything of value by force, threat of force, or by putting the victim in fear- NDC’S AKAMBA...